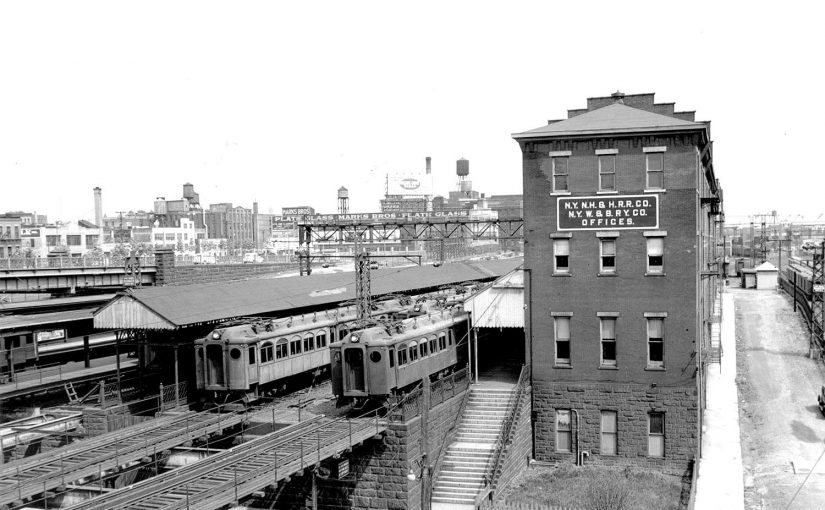 Harlem River Terminal was originally used by New Haven local passenger trains servicing the Harlem River Branch. The four-story brick building served as a station as well as office space for the New Haven. It was built 1901-1902 replacing an earlier wooden structure dating from 1891 that burned. When the NYW&B commenced operation in 1912, they shared terminal space with the New Haven’s local trains.

Trains used the original low-level platforms until 1924, when the IRT abandoned their station and the high-level platforms became available. A new covered walkway helped facilitate connections with the IRT Elevated lines for service to Bronx and Manhattan points. New Haven local service ended in 1931, leaving only the NYW&B trains.

Regular passenger service ended on December 31, 1937. The line was scrapped and all steel was salvaged by 1942. Property surrounding the terminal was auctioned off by the New Haven in the 1950s. The old joint office building was razed in late 2007.

With NYNH&H: Connection available with train service to Grand Central and Connecticut via New Rochelle.