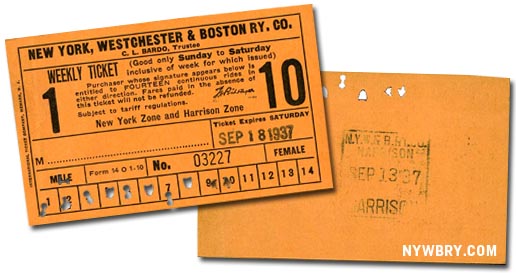 TICKETS: Special forms of tickets will be issued, which are non-transferrable and they will be valid only for transportation of passengers for whom originally issued.

STOP-OVERS: Stop-overs will not be allowed in either direction.

LIMITS: Tickets sold at fares shown herein will be limited to thirty days in addition to dat of sale.

ROUND TRIP FARES: Applying in Both Directions between Stations in New York Zone (1) and All Stations in the Following Zones (1)

(1) The stations contained in the Zones named below are as follows:

Schedule of Fares to or from New York City