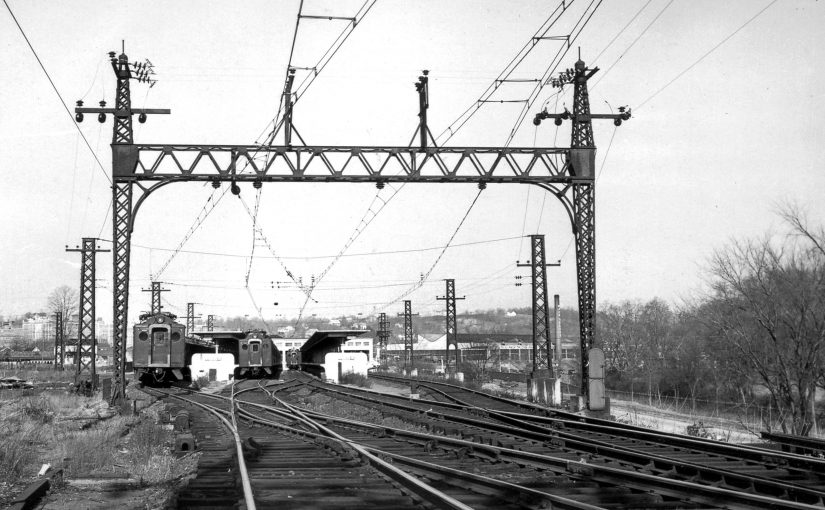 Westchester Avenue terminal was not ready for service when the railroad started operations on May 29, 1912. All trains arrived and departed from Mamaroneck Avenue station until the terminal was completed that July.

Regular passenger service ended on December 31, 1937. The property lay dormant until 1940, when a series of commercial interests rented the space. The railroad was salvaged for scrap in 1942.

The building was razed in the 1950s and became the site of B. Altman’s department store. That department store was later itself torn down and became part of the site of “The Westchester” shopping mall in 1995. It is interesting to note that the mall has subtle nods to the railroad terminal’s architecture in its exterior styling. A small “shrine” to the NYW&B is located near the Food Court, paying tribute to the grand railroad that once occupied the same location.